All The President's Friends - 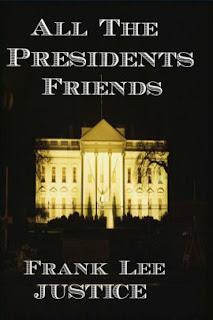 The first black president of the United States had promised hope and change, but as his re-election draws near, the hope has been dashed and the economy is in a state of decline. Fearful the president will go down in history as one of the worst leaders of the country and that the democrat party will lose its' power, a group of politicians order his assassination.
In a small suburb outside of Philadelphia is the Rise n Shine cafe; customers know the petite cook as Pippa Parrish and would never suspect the delicate blonde is really a trained assassin known as Agent 47 working for the Defense Intelligence Agency.
In this fast paced short story, Pippa is assigned to assassinate the president of the United States. Though Pippa is no fan of the president, she pretends to accept her assignment but instead, she races to save his life while trying to expose those who ordered his assassination. Along the way she saves the life of an accident prone college kid who turns out to be the only person she can trust to help her thwart the president’s assassination. Pippa vows after this job, she’ll retire for good – but she’s unaware that she has been set up, and two men are plotting her murder. Pippa races against the clock and unforeseen forces as she tries to guarantee the survival of not only the president, but also the United States of America.
2.99 on sale at BN.COM - CLICK HERE TO BUY